As Hen-House Harry, the player must collect the twelve eggs positioned in each level, until a countdown timer reaches zero. In addition there are piles of seed which may be collected to increase points and stop the countdown timer for a while, but will otherwise be eaten by hens that patrol the level. If the player touches a hen or falls through a gap in the bottom of the level, he loses a life. Each level is made of solid platforms, ladders and occasionally lift platforms that constantly move upwards but upon leaving the top of the screen will reappear at the bottom.

Eight levels are defined and are played initially under the watch of a giant caged duck. Upon completion of all eight the levels are played again without hens, but now pursued by the freed duck who is not affected by the positioning of platforms. A second completion of all eight levels yields a third play through with both hens and the duck. A fourth pass introduces additional hens. Finally, a fifth pass has the duck and additional hens moving at a greater speed. If the player completes all forty levels then they advance to 'level 41' which is in fact exactly the same as level 33.

The player starts with five lives, but an extra life is awarded every 10,000 points.

A firm that is better known for its BBC software is A & F Software. Like Microdeal, they have apparently decided to diversify, and have included the Dragon in their list of micros. Chuckie Egg has an unusual setting - a farmyard. The object of the game is to obtain as many eggs as you can while avoiding strange creatures that seem to inhabit the farm. The display consists of several levels connected by ladders. The eggs, along with small piles of corn are lying on the ground. As you make your way around the farmyard, you can pick up the eggs and gain points. There are some rather mean-looking ducklings wandering about the screen just waiting to pounce on you, as well as a malevolent duck in a cage at the corner of the display. According to the program notes this is capable of producing mayhem in the peaceful farmyard, but it has yet to do anything unpleasant to me!

Up to four people can play at the same time, and the scores are clearly shown on the display, as is a clock, quietly ticking away. When you have collected all the eggs on one screen, the display scrolls smoothly upwards, and you are faced with yet another section of the farmyard with slightly more complex surroundings. The game is very well written, and the difficulty levels are nicely gauged to allow steady progress through the different stages. There is a list of the top eight scores at the end, as well as the opportunity to redefine the control keys. If A & F Software can produce more programs like this for the Dragon, it will be no bad thing. This has to be my favourite program this month. 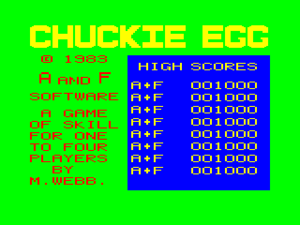 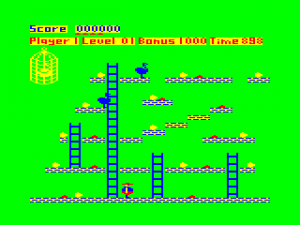 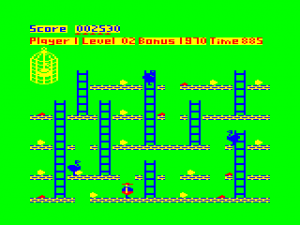 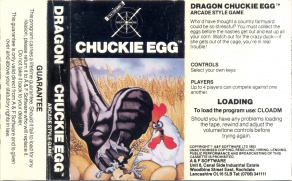 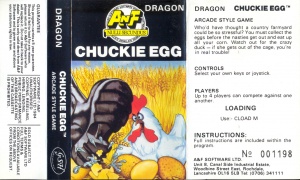 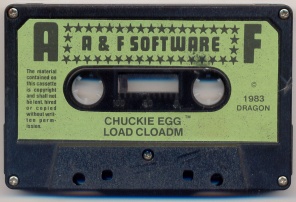 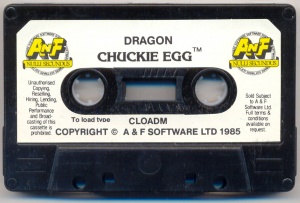