Every home computer manufactured in the 1980's had to have a decent chess program. The Dragon even featured it's chess game on the packaging. Cyrus Chess was released on game cartridge by Dragon Data for the Dragon 32. You can challenge the Dragon for a game of chess playing on any of 9 levels of difficulty. Gameplay takes place on a visual chess board, with a separate status screen showing the history of moves and a number of game options. It is possible to set up playing positions, get hints, change sides, take back moves, and so on during gameplay. 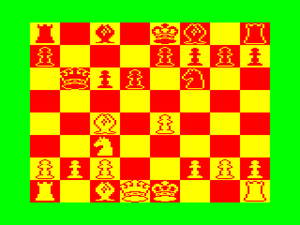 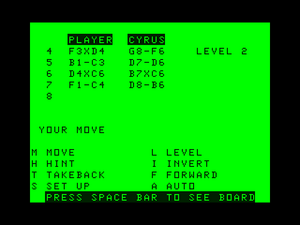 The chess game was distributed as a Dragon cartridge. The cartridge contains 8k of PROM and a simple logic circuit to do address decoding. 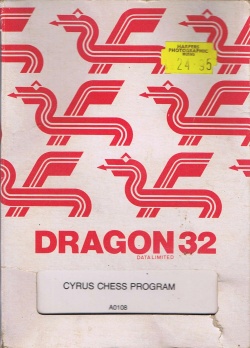 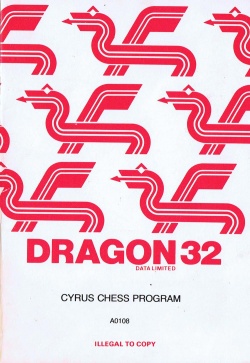 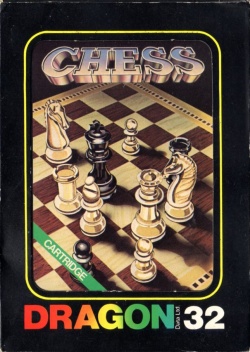 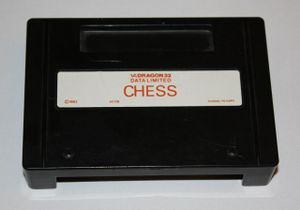 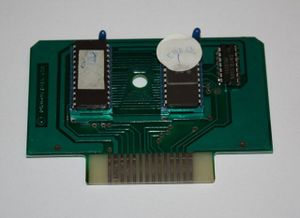