Published by Adventure International and the second game of the series, this text-based adventure game was one of many adventure games created by Scott Adams.

Gameplay involved moving from location to location, picking up any objects found there, and using them somewhere else to unlock puzzles. Commands took the form of verb and noun, e.g. "Climb Tree".

The player started the game in a flat, and progressed via a bit of magic to Pirates Island. Here, the player had to build a ship to reach Treasure Island and there find two pieces of treasure.

The source code for this adventure was printed in the December 1980 edition of Byte Magazine. This enabled other adventure writers to discover how the engine worked and to create their own adventures using this or a similar design. 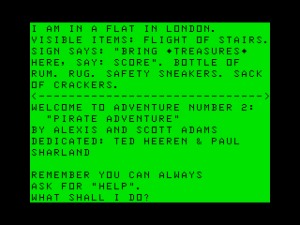 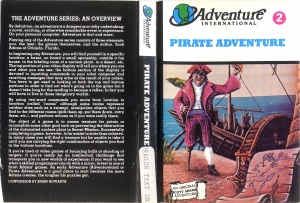