Galagon is another arcade classic released by Microdeal. This is a remake of Galaga. You control your spacecraft at the bottom of the screen. The objective of the game is to shoot as many aliens without having your own ship destroyed by alien fire or crashing into swooping aliens. The aliens attack in waves and most of them will stay in formation at the top of the screen while some swoop down to drop bombs or crash into you.

Every so often, you will be presented with a special challenging stage where aliens just move across the screen in fixed patterns, and you can shoot as many as you manage for an extra bonus. To get this right, you'll have to memorize the patterns and stay one step ahead of the moving aliens.

It is possible to have your ship captured by the really large aliens when they engage their tractor beams. Shoot an alien holding a captured ship, and you will have a double ship firing two shots at a time. Very useful! 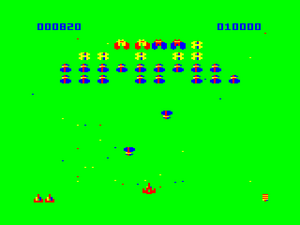 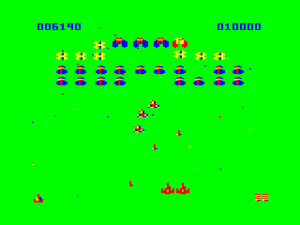 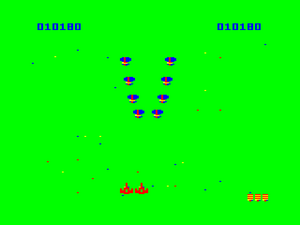 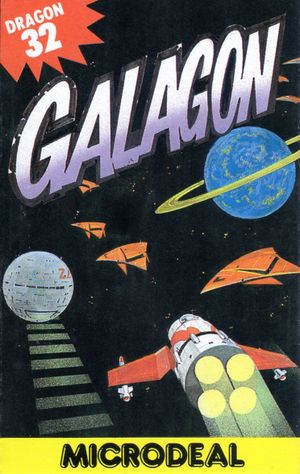 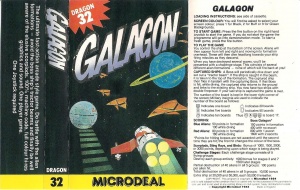