This is the Dragon version of Donkey Kong Junior, the follow up to Donkey Kong. (Released for the Dragon as The King.) In this game you control Junior who is trying to rescue his gorilla father from Luigi. Junior must navigate platforms, climb ropes and chains and jump to get to his father, all while avoiding crocs, birds and other enemies. The only "weapon" at Junior's disposal is fruit, which can be dropped on enemies to kill them and to score some extra points.

The game is played over four levels:

When a level is completed, Junior will have to tackle previous levels again (only slightly harder) before he can move on to the next level.

The game provides a practice mode that makes Junior invincible to enemies, but he can still fall to his death.

The game was originally published by Dragon Data in 1983. It was later re-licensed to Microdeal and published under the Computerware label in 1985. 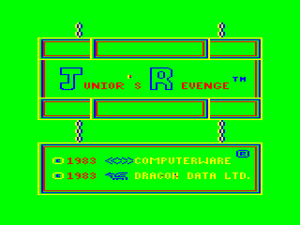 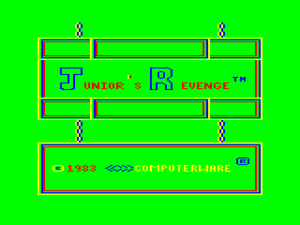 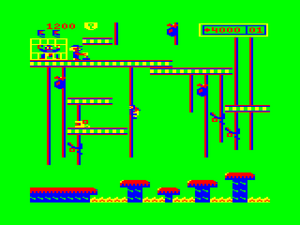 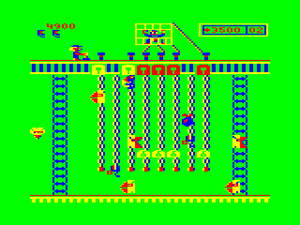 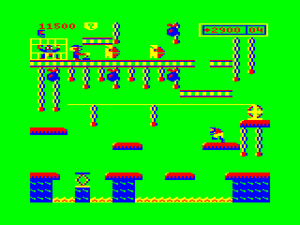 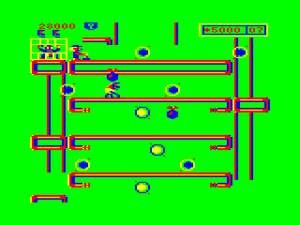 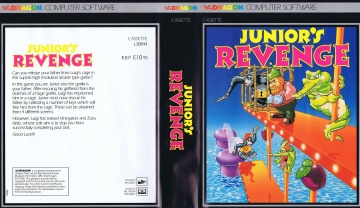 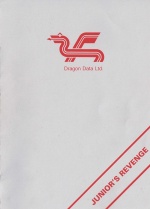 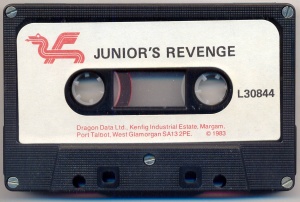 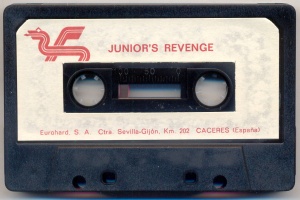 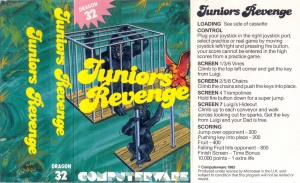 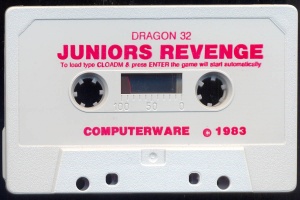