This game is somewhat similar to Frogger. You control your Rail Runner (aka Bill Switchman) using the arrow keys. You start at the top of the screen and must cross a number of train tracks with moving trains and handcars to get to the five Herman Hobos located at the bottom of the screen. At the first level, hitting a train will cause Bill to die. Getting to Herman at the bottom of the screen will instantly score 1000 points. At level 2 you will actually have to guide Herman back to the top of the screen. At level 3, both trains and handcars will kill Bill. You start with three Bills. 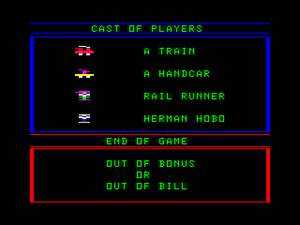 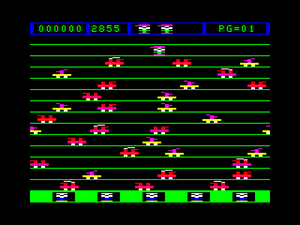 Rail Runer is packaged in a cartridge containing 8k of ROM memory. 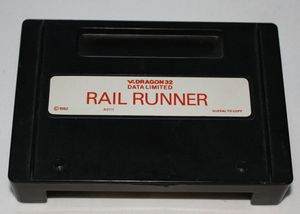 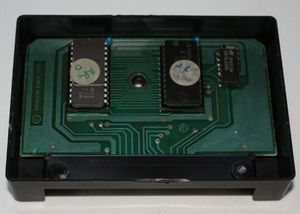